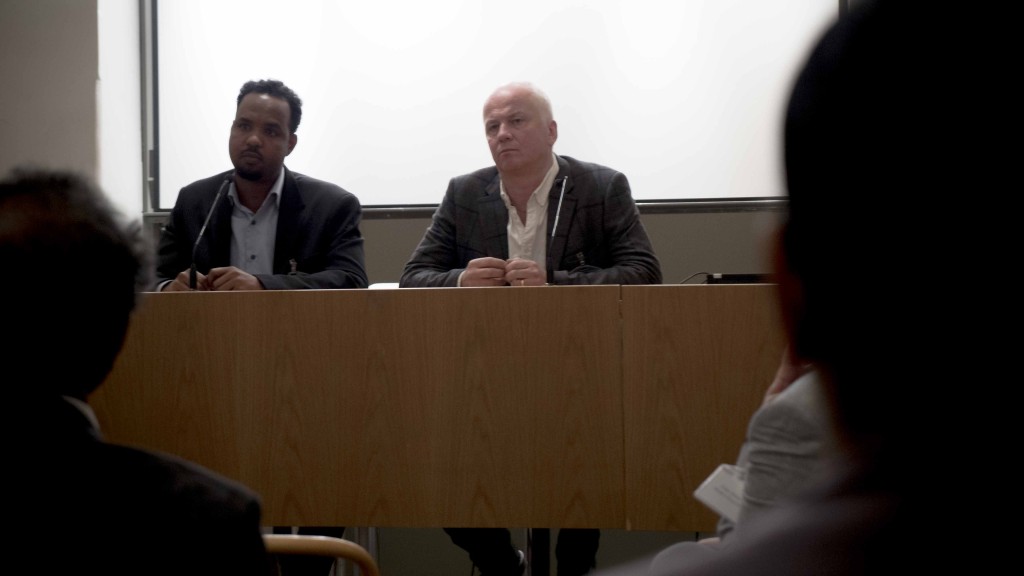 Laika has been invited to host a seminar about Ethiopia in the parliament. During the seminar on the 9th of December parts of the film material from the region of Ogaden was shown, material that Abdulahi Hussein, with his life at stake, managed to smuggle out of Ethiopia.

More than 50 people, parliamentarians and representatives from different organizations had pre-registered for the seminar.

MPs Anders Österberg (S) and Said Abdu (L) were the organizers and after the screening Abdulahi Hussein and Andreas Rocksén, producer and director of Laika, answered questions.

The seminar was highly appreciated and there were many who were surprised that the human rights situation is so bad in Ethiopia.

It is the second time that Laika shows a film in the parliament. The first time was in 2009 when the film Toxic Playground was shown to members of the parliament.