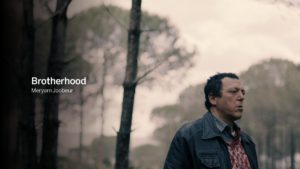 Following prestigious awards at TIFF, Carthage and Wintherthur, director Meryam Joobeur’s short film Brotherhood is now selected for the shorts competition in Stockholm. The film is screened in a package of Social Issues Shorts on Sunday at 11.30. Venue Cinema “Klara”.

“Mohamed is a hardened shepherd living in rural Tunisia with his wife and two sons. Mohamed is deeply shaken when his oldest son Malik returns home after a long journey with a mysterious new wife. Tension between father and son rises over three days until reaching a breaking point.”

Laika is a co-producer and the film is supported in Sweden by Film I Skåne and MAFF Development Funding.